'Holding a Hedgehog with your Bare Hands'

The project originates from taking a closer look onto a Belarusian post-war satirical magazine 'The Hedgehog' («Вожык»). During the WW2 years it was called 'Defeat the fascist beast'. One illustration of that time shows a Soviet soldier handing a pencil to the Hedgehog, clearly associating the pencil with a weapon.

I was intrigued by those transformations: a soldier to a hedgehog, a human to an animal, a machine gun to a pencil, and, to take it further, a pencil to a needle.

Russian analogue for a proverb 'to keep smb. in a tight rein' directly translates into English as 'to hold smb. in hedgehog gloves'. Obviously, it only means that these gloves are so thick one can catch a hedgehog and not get hurt, but as a kid I always assumed those really were some very pointy, hedgehog-y gloves. It seems that needles and pinning could be great tools for coping with one's inability to grasp the bigger picture: use them to pin as many clues, pieces and fragments as one can carry.

Holding a Hedgehog with your Bare Hands is like trying to hold history: it's not easy to catch, it might hurt, but it's fascinating and it's worth a try. 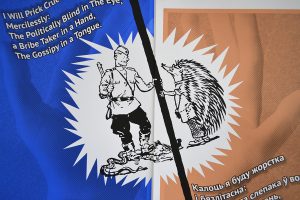 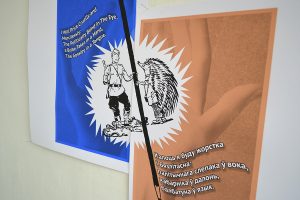 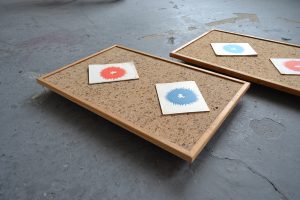 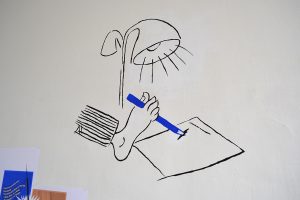 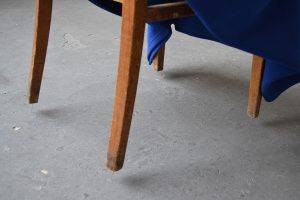 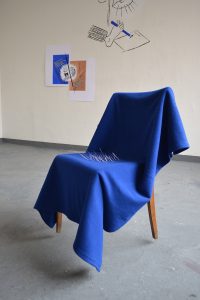 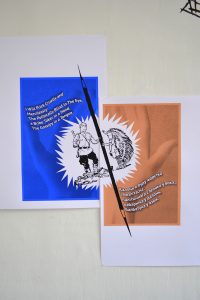 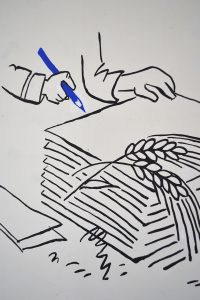