My life in Warsaw is lately a political struggle. I run from one demonstrations to another. Mainly I'm involved in Earth Strike movement which is protesting against climate change. My exposure to catastrophic news is huge. In order not to run crazy, I develop a habit of noticing the good things that are still around. I also exercise my ability to imagine a better future.

In Graz I found myself in a very comfortable situation due organisations of residential program but also the kindness of people working in hosting institutions. First day I explored a city by walking around in a random manner. I found myself resting on a bench in Volksgarten. “What a lovely place” I thought. Then I set off to <rotor> gallery to meet the staff. I offered that I could paint a mural during my stay if there is a wall available. There was one in Volksgarten and I welcomed this possibility to paint and decided to celebrate the place, which seemed very nice just a few minutes before. I wanted to paint people who spend their time in the park.

Soon I learned non place is perfect. Volkgarten struggled with opinion of being not safe due to drug dealers. Later on its social landscape dramatically changed after introduction of schutz zone policy, which allowed to exclude from the park people who look suspicious. Penalty for “bad looks” lasted for 30 days. Initially aimed at drug dealers the policy led to exclusion of 500 people, mainly young men of colour. Clearly it was abused. In this context I felt I need to oppose. First people whom I invited to be on my painting were boys from nearby school for immigrants, who were learning to speak German and during the brakes often came to the park to play football. I'm also learning the language so we could practise together a little bit by having occasional talks. We became friendly toward each other. The painting was developing well and people approached me while my work to ask me questions. I offered that I paint their faces too, which they often accepted. The most interested were little kids. Not only they wanted be a part of the painting but also they wanted to co-create. So I let them to. Whenever a child insisted to paint on the wall, I dedicated a piece of surface for him or her. I didn't plan it to be a common work at first, but now I'm very happy that I found a way to include children's input. It might be a work about different kinds of inclusiveness in the end. Can the more inclusive future be imagined? Let's try! 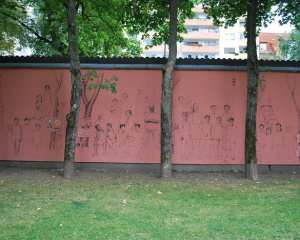 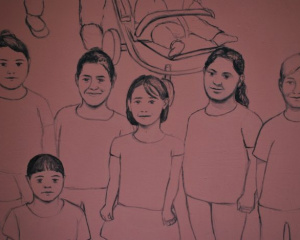 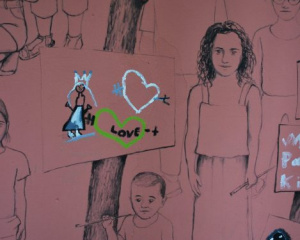 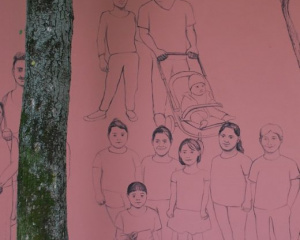 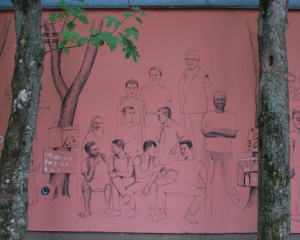 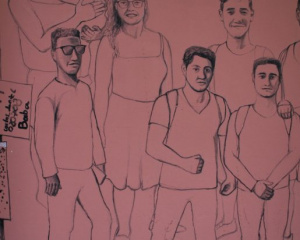 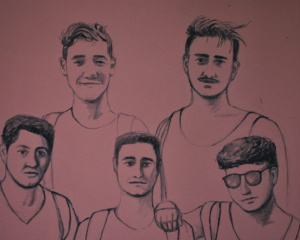 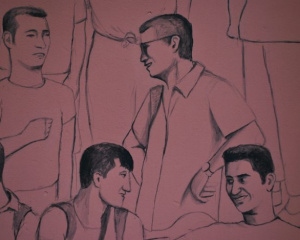