Platform for interdisciplinary practice Open Place is an independent, nonprofit organization aimed to support and develop grassroots initiatives in the sphere of culture. It also aims to establish and intensify contacts between the art environment, its actors and different layers of society.

Open Place is operating as an art institution, in which society plays the role of an active participant in cultural events, acting as co-creator of common values, artistic phenomenas and cultural context. Art is always understood as an intersection of artistic, social and political processes and as a platform for meetings and discussions. Collective collaboration and interaction always plays a meaningful part and adresses not only those who are involved in the art field, but society at large.

Since its start in 1999, Open Place has developed and implemented a number of interdisciplinary projects aimed to expand the borders and impact of art and engages new groups of people in the creative process. Projects deal with the topics of art and society, while direct actions take place in the public space. They intend to create a model of interaction where impulses can come from different actors and in which discussion leads to a common message, strategy and actions.

More than once Open Place has hosted international artists and introduced them to the cultural context of Ukraine. In 2017, Open Place became a partner of the Platform Art Prospect, which facilitates international exchange and collaboration between art communities. 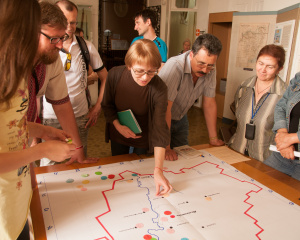 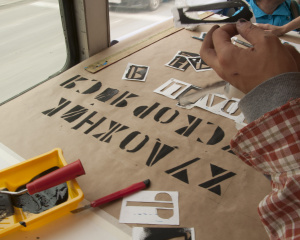